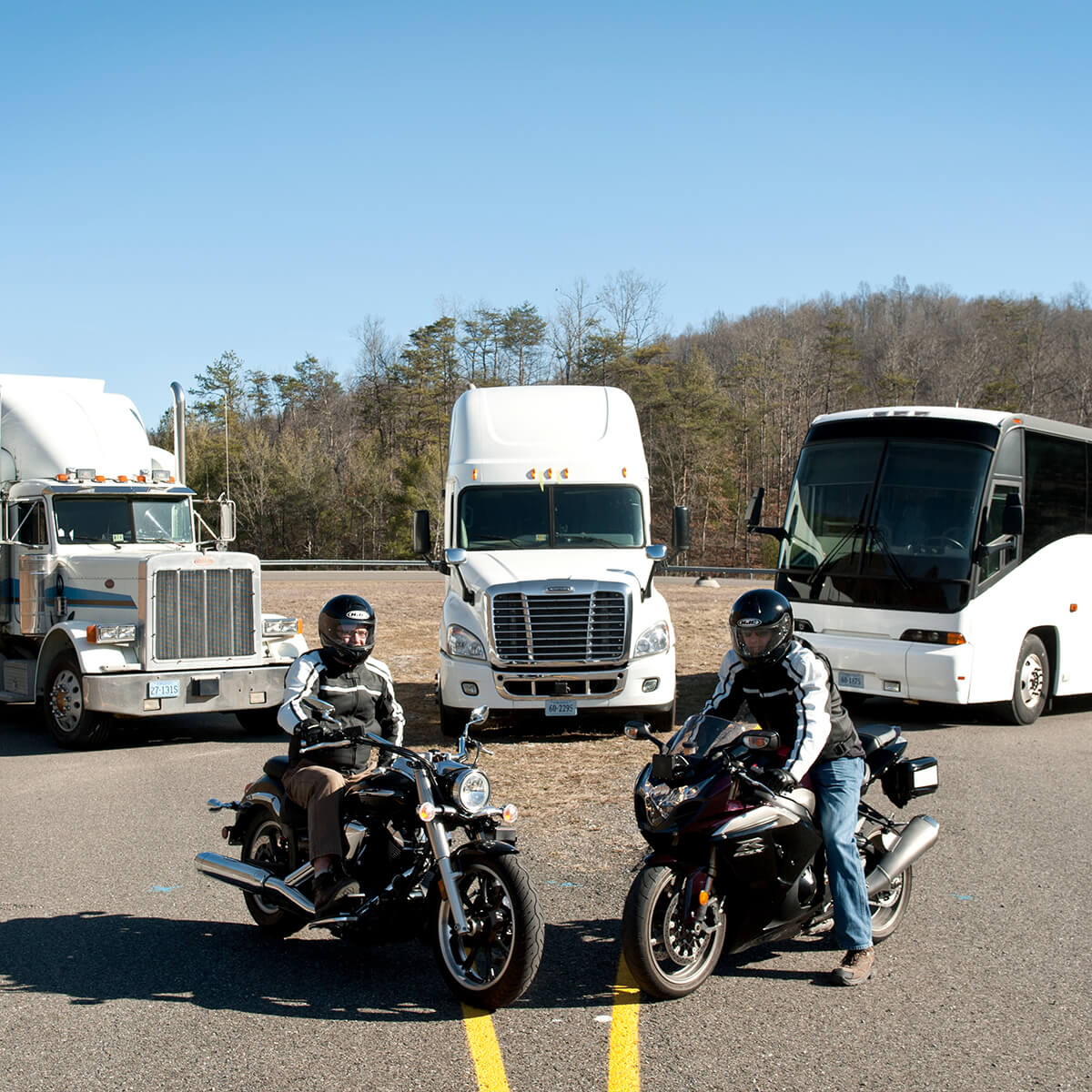 The National Surface Transportation Safety Center for Excellence (NSTSCE) at VTTI was established by the Federal Public Transportation Act of 2005 to develop and disseminate advanced transportation safety techniques and innovations in both rural and urban communities.

NSTSCE is supported financially and guided by a group of stakeholders that includes General Motors, the Federal Motor Carrier Safety Administration, Travelers Insurance Company, the Virginia Department of Transportation and Virginia Center for Transportation Research, National Safety Council, and VTTI. Each stakeholder annually contributes $200,000 to the center and guides the research portfolio to address key surface transportation issues. This group shares a vision of improving safety for all road users locally and nationally. If you are interested in learning more about NSTSCE or becoming a stakeholder, contact Jon Hankey at jhankey@vtti.vt.edu.

In collaboration with the National Institute for Occupational Safety and Health (NIOSH), VTTI evaluated a risk management system, Cartasite’s ROVR+, in an oil and gas industry fleet. VTTI collected naturalistic data over a three-month period along with anonymous data on fleet-wide driver behaviors and driver evaluations of the ROVR+ technology. Driver performance was then compared between a one-month baseline period and a two-month intervention period. The results provided valuable information about the transport and service activities of light vehicle operations in the oil and gas industry.

Tips for Sharing the Road with Commercial Motor Vehicles

Car drivers are the primary cause of over three-quarters of the crashes and near-crashes involving heavy vehicles, clearly indicating the need for better public education about how to share the road safely with heavy vehicles. The Tips for Sharing the Road with Commercial Motor Vehicles website provides five key guidelines for sharing the road using video clips of real-world driving events captured during VTTI’s naturalistic driving studies. The website combines naturalistic driving video clips, simulator screenshots, scenario descriptions, short tips, facts, and photographs of actual crashes between cars and heavy vehicles to convey the importance of proper road sharing. Although the website is aimed at new drivers, all drivers can benefit from reviewing this information to ensure they share the road safely in their everyday driving.

Federal hours-of-service (HOS) regulations require commercial motor vehicle (CMV) drivers to take sufficient time off duty before beginning a new driving shift. The sleeper-berth provision (SBP) allows drivers to use their sleeper berth to split the required break or off-duty time into smaller time periods. This study used naturalistic driving data to evaluate the use of break types approved under the HOS regulations. VTTI examined drivers’ preferences for type of break, demographics, and health characteristics. Break types were then analyzed with respect to the probability of being involved in safety-critical events such as crashes and near-crashes. The results indicated that using the SBP was not associated with a higher risk than the longer restart breaks. The findings suggest that multiple break options provide CMV drivers flexibility in choosing safe ways to rest.

The Older Driver Naturalistic Driving Study was the first long-term, full-scale naturalistic observation of senior drivers. Twenty older drivers aged 71 to 84 participated in the study for one year each. VTTI instrumented the participants’ personal vehicles with unobtrusive suites of cameras and sensors to continuously record time-synchronized data whenever the vehicles were driven. The data collected during his study have led to publications that shed light on senior driver behaviors at intersections, objective fitness-to-drive assessments, and other transportation safety questions.

The Driver Coach Study was the third in a series of teenage naturalistic driving studies conducted by VTTI’s Teen Risk and Injury Prevention Group. This study evaluated the effect of feedback on the performance of novice teenage drivers. Any time a teenage participant drove above 75 mph, swerved, changed lanes without signaling, or engaged in hard braking or hard cornering, an auditory alert (tone + speech) provided feedback. Within a few days of the auditory alert, an email with details of the event was sent to both the parent and teenage driver. The results indicated that the crash/near-crash rate was lower for teenage drivers who received the alerts compared to those who did not. The rate of coachable events also decreased over the course of the study, while the rates of both crashes/near-crashes and coachable events increased when feedback was terminated (after month 7). The results also indicated that parental oversight is critical to the effectiveness of any feedback system.

Results indicated that the crash/near-crash rate for teenage drivers who received the alerts was lower than for the control group. The rate of coachable events also went down over the course of the study. However, during month 7, once the feedback was turned off, both crash/near-crash and coachable event rates were significantly higher. Teen driver performance was also related to parents’ participation. Approximately half of the parents did not log in to view the website, and analyses showed that crash/near-crash rates and coachable event rates for teens whose parents logged in were significantly lower than for those teens whose parents did not log in. Thus, the importance of parental oversight is critical to the effectiveness of any feedback system.

For a Virginia teen to receive his or her actual driver’s license, both a parent and the teenage driver must appear before a family district court judge to participate in the Virginia Driver’s Licensing Ceremony. This is an opportune moment to deliver important and up-to-date information about driving safety to parents and novice drivers. While some judges have taken a great deal of time and compiled excellent information, others are unsure about what information is best to administer during the ceremony.

NSTSCE has assembled a PowerPoint presentation drawn from contemporary research regarding teen driving risks to provide to judges. The two goals of this presentation are to identify conditions that increase risk for new teen drivers and to discuss ways to minimize those risks. These slides were presented to Virginia District Domestic Court Judges at the Annual Virginia Judicial Conference in August 2015. These slides are now available for judges to download via the VTTI website.